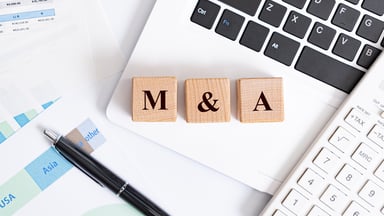 Using Patent Analysis as a tool for scrutinizing merger deals is not new, however the trend has been increasing over the last few years. In the past, we have seen a number of instances in which companies have been subject to merger review, with some of the most significant examples being Dow/DuPont and Private equity acquisitions of divested assets. The use of patent analysis in these situations has become an increasingly important tool for companies to ensure that their merger agreements are valid and safe from the onset of a lawsuit.

Several companies are pursuing mergers with Dow and DuPont in the agricultural chemicals industry. These deals are becoming increasingly scrutinized using patent analysis.

While the Commission is moving away from the traditional “narrow markets” approach, it still looks at incentives to innovate. It analyzes the current innovation spaces in order to address two key theories of harm: the reduction of R&D in an industry, and the elimination of current R&D projects.

According to the Commission, the Dow/DuPont deal would reduce competition and have a negative effect on innovation. The Commission examined two material science product markets, insecticides and herbicides, and found that the transaction would significantly reduce the competition of these products. It also concluded that the divestiture of DuPont’s crop protection pipeline and associated R&D activities would significantly hinder effective competition.

In addition to the divestiture, the Commission identified certain DuPont business segments as to be divested. These include its ionomer business, which is the second largest portion of its business, as well as its insecticide business. The Dow/DuPont merger was approved by the EU Commission on condition that DuPont divest most of its global pesticide business. The deal was expected to produce approximately $3 billion in cost synergies.

Increasing consumerism and the shift from volume to value are driving a reshaping of the health care landscape. This is also a result of recent mergers and acquisitions that are enabling health care enterprises to deliver on key ESG criteria.

Innovation activities are also helping health care enterprises build businesses that are aligned with key ESG outcomes. One example is the use of artificial intelligence for prevention, detection and treatment. Large technology companies are diversifying into the health care space. They are also investing in startups that focus on Big Data and predictive modeling. These new entrants will disrupt the industry.

In the coming years, the healthcare industry will need to become more customer-focused, nimble and efficient. The industry will also need to evolve to take advantage of novel technologies and innovations. This will include building data-centric business models that meet the needs of today’s empowered health customers.

Investing is expected to continue throughout 2019. A number of health care companies will be looking to raise capital in the form of an IPO, although the window isn’t closed. In addition, substantial sums of cash are still being invested by venture firms. However, a return to the dot-com era will require firms to become more prudent in their investments.

The biggest impact on healthcare investing in the coming year will probably come from the upcoming midterm elections. These elections will heighten political rhetoric and make progress on substantive legislation difficult.

During the past year, there have been a number of important developments regarding UK merger control. The Competition and Markets Authority (CMA) has been at the centre of this change. These changes include an objective safe harbour for small mergers and the introduction of a new share of supply test to enable review of non-direct competitor deals.

The CMA has also expanded its jurisdiction to review deals that do not have a nexus to the UK. In addition, the UK government is also considering further changes to the merger control regime. These changes are expected to be adopted in the first half of 2021.

These measures are being introduced to increase the UK government’s ability to intervene in deals and give the Secretary of State for Business the power to block certain deals. The changes will be subject to debate and approval in both Houses of Parliament.

The UK government has also announced a wide-ranging reform of consumer policy. These changes will provide consumers with more choice, improve the integrity of the market and reduce the level of consumer uncertainty.

On the other hand, the UK government has been busy expanding its jurisdictional boundaries. This means that it now has a more comprehensive set of sectors in which it can intervene on public interest grounds.

The government has also recently announced significant threshold changes to the UK merger control regime. These changes will make it easier for the CMA to assert jurisdiction over all deals.

Several empirical studies have found that mergers increase prices, decrease competition, and stifle innovation. Antitrust enforcers look for two types of possible anticompetitive effects. One is a unilateral effect, where a firm harms competition without regard for its rivals. Another is a coordinated effect, where two firms are likely to interact more closely than would be expected without the merger.

Horizontal mergers are a key element of antitrust enforcement. These mergers are acquisitions in which direct competitors are involved. The parties must provide evidence that non-anticompetitive effects will occur.

Vertical mergers are acquisitions that involve more than two companies. These are generally benign, but some are problematic. The parties must also provide evidence that their claims of efficiencies are credible.

The European Commission has been particularly good at using its enforcement powers to regulate mergers. It examined more than 300 notifications in the past ten years. The Commission has a referral system whereby cases can be transferred from the Commission to Member States.

While the Commission made good use of its enforcement powers in merger control, it did not invest sufficient resources in monitoring the markets. Some researchers have attributed the rise of monopoly power to globalization, increasing fixed costs, and superstar firms. Others have pointed to other causes.

Modern research points to the issue of common ownership as a bigger problem than previously believed. The literature is based on policy interest and the availability of data.

Taking public companies private, or divesting their assets, is not a one-size-fits-all strategy. It requires careful coordination and a strategic approach. The key is to assess the risks of a series of transactions and the likelihood of vertical or horizontal overlaps.

For example, private equity firms have a unique understanding of how to build an M&A pipeline and how to make bidding decisions. These firms also know how to evaluate targets for each bid, and have disciplined processes for evaluating each acquisition. However, their portfolios are increasing in size, which raises competition issues. This means that private equity firms must take a strategic approach to merger control analysis, and engage antitrust counsel early.

The Department of Justice (DOJ) and the Federal Trade Commission (FTC) continue to scrutinize merger activities and the practices of private equity funds. In particular, DOJ continues to examine the processes used by “regular filers” – private equity funds that make HSR filings regularly. It is also scrutinizing the consent provisions in these filings. These provisions can delay the closing of transactions, and increase the risk of divestiture.

In addition to the potential risk of divestiture, private equity firms should be aware of the increased antitrust enforcement. DOJ’s recent announcements about private equity have reflected this change in rhetoric. This is in contrast to a previous emphasis on the lack of competition issues.

Whether your company is considering a merger or acquisition, you should be aware of the potential impacts of the merger review process. Several jurisdictions have implemented merger control laws in the last decade. These laws allow competition authorities to assess the competitive effects of transactions and identify potential problematic deals.

The merger review process is a great way to ensure that a merger will benefit consumers. For instance, a merger may result in a firm leveraging technology to provide a better product or service to customers. It also increases the efficiency of a combined business. However, it may also have anticompetitive effects. This is particularly true in jurisdictions that have a vertical component to their merger review system.

Competition authorities often ask for views from competitors, suppliers, and customers. Obtaining this information in a timely fashion may be difficult or costly. In many cases, the results of these inquiries are not known until after the transaction is completed.

Merger review systems have several problematic features that can generate unnecessary transaction costs. In addition, the length of the review process varies greatly between jurisdictions. These differences create uncertainty around the review schedule.

The Advisory Committee has considered a variety of options to improve the merger review process. It has identified exemplary practices in other jurisdictions, but it has also identified some areas of concern.