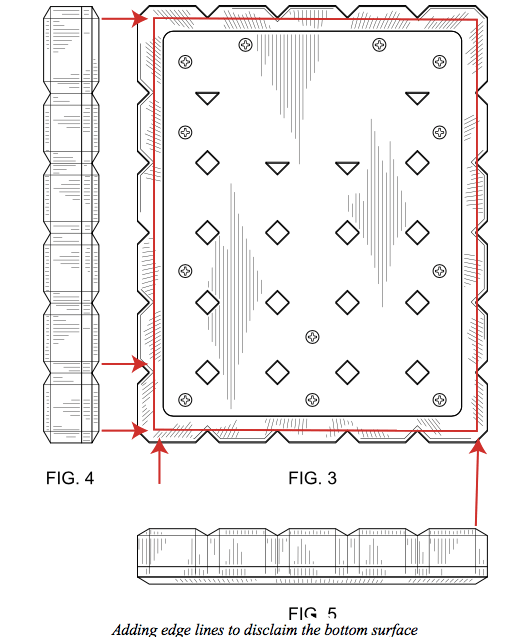 Fortunately, there are tools that you can use to avoid section 112b rejections. These tools can help you to write a patent that will be accepted by the patent examiner. While you may still face rejections if the examiner finds that you haven’t properly drafted the claims, you can minimize the risk of these rejections.

Taking a more hands on approach to drafting your patent application is not only more fun but less expensive as well. One of the best ways to avoid Section 112 (P 2) rejections is to write clear and concise claims that support the specification. When drafting a patent application, it is important to remember that a single claim is not sufficient to cover your entire patent portfolio. This is especially true if you are seeking to obtain patents on multiple inventions.

It is also imperative that you do not overdo it. The most effective way to elicit feedback from your examiner is to present a well-constructed, non-complicated document that demonstrates a thorough understanding of your application. A nagging doubt may be all it takes to get your application rejected. Fortunately, there are tools available to assist you in the process. This includes automated software that will tell you whether your claims, drawings and specification are in order and on the mark. If you are in the market for a new patent, be sure to ask your prospective attorney about these tools and other alternatives before you sign on the dotted line. The end result will be a more satisfying patent application that will be rewarded with a longer patent term.

Hopefully, this will enable you to see through the thick smog of red tape and achieve your goal of obtaining patent protection. As with any legal endeavor, there are times when you may want to make an amendment to your application. However, you should be mindful of the fine line between amendments and redos. If you are fortunate enough to have a patent attorney to help you, be sure to ask for an oral presentation of your application so you are clear on all the details.

Earlier this year, the United States Patent and Trademark Office (USPTO) issued a revised version of its Manual of Patent Examining Procedure (MPEP) addressing the rejection of claims based on improper Markush grouping. While the USPTO’s latitude in examining purportedly improper Markush groups has remained essentially unchanged, some examiners have begun applying restriction practice to such groups.

In an effort to obtain a handle on search parameters, the USPTO added a new section to the MPEP in January 2018. The new section instructs examiners to reject claims that include a Markush group if the claim is recited with an alternative polynucleotide sequence, or if there is no qualifying language in the claimed structure.

In addition, the new section addresses how to overcome a rejection of a Markush claim that has been improperly grouped. This is especially important because Markush groupings can be used to simplify the claim, but unintended consequences can result if the structure is not properly evaluated.

A Markush group can be composed of parts of a process, a process step, or a combination. The proper focus is on commonality across the alternative embodiments. However, the entirety of a claim cannot be reconstructed, and it is not possible to identify all possible permutations. Therefore, a Markush group must be adequately described in a written description.

The Federal Circuit has previously held that the restrictions practiced by the PTO is between claims, not within a claim. It has also noted that a coumarin group is proper because the members share a structural similarity. The court also noted that a compound must be considered as a whole, not broken into elements and components.

There are some abuses associated with continuations. For instance, some applicants file a continuation to wear down an examiner or to get a broader claim in a later patent. Moreover, strategic claim changes can hold legitimate independent inventors back from innovating.

Another abuse is extending a monopoly. In addition, continuing to prosecute one application can prevent the examiner from spending more time on harder cases. If the examiner were to reject an application without any reason, the patentee could continue to draw out the prosecution process. This strategy, known as “prosecution laches”, has been developed by the Federal Circuit.

Continuation patents represent 52% of all litigated patents. They also take an average of 4.16 years to issue. However, a patent’s issuance time depends on the earliest priority date. In fact, some applications have been referred to as submarine patents because they took more than 20 years to prosecute.

In recent years, Congress has introduced a number of patent doctrines designed to combat abuses associated with continuations. A good example is the written description requirement. This requirement is not well-defined and does not provide a reliable way to track a continuation’s progression.

While it has helped to limit the practice of continuations, it has not completely ended it. Many patent lawyers are still filing continuation applications. A few of them are even considering a proposal to reduce the number of continuations that can be filed. This proposed change would not solve the problem, but it would deal with the most egregious elements of the patent prosecution system.

Having a miscommunication between a patent examiner and an inventor may lead to a rejection, but it’s not the end of the world. There are a few things you can do to resolve the problem and put the applicant’s mind at ease.

One of the best ways to improve your chances of receiving a favorable response from your examiner is to make sure your application is complete. An examiner has limited time to review your application, so don’t be stingy. This will make your case easier to defend if the examiner needs to take additional action.

In addition to a thorough examination, a good patent application will contain an illustration of a 3D figure. This is especially important if the invention is complicated and involves technology that is not readily available. This is a smart move on the part of the applicant, as the examiner will likely use the illustration to make a determination.

Providing the patent examiner with a thorough explanation of the inventive concept can also be beneficial. You may be surprised to learn that many junior examiners make the mistake of issuing a claim rejection because they don’t have the necessary technical knowledge to understand the invention. This is a major reason why having a good patent representative is so important. He or she can speak with the examiner directly and present a clear and concise explanation of the inventive concept, in the process demonstrating that the examiner is not alone in having a misconception about your invention.

Another tip is to ask the examiner to make an allowance. This is not a requirement, but can be helpful, especially if the examiner is not in a position to grant your application.

Using a patent drafting tool is a great way to avoid Section 112b rejections. A patent drafting tool can help you avoid ambiguous claims and provide a clear description of your invention. The tool’s auto-generated Summary Report can also be very helpful in this regard.

Some of the features that the patent drafting tool offers include a Check Terms feature, which identifies words that might be construed as vague. The PatentOptimizer toolbar can be accessed in many different word processors, including Microsoft Word and other popular word processing programs. In addition, the software offers a wide variety of other tools and features to help you with your patent drafting.

The USPTO uses the leading examples of definite versus indefinite language in case law to design the linguistic features of the model. Specifically, the model includes the following linguistic features: concreteness, clarity, and propensity to reject indefiniteness. The results are then compared against a number of rejection types. Specifically, the rejection type is regressed against the number of independent claims, the claim scope, the technology, and the shortest independent claim. The resulting table reflects the standard error, the number of rejections, and the delta-clarity.

In the Delta-clarity table, the results are regressed against the shortest independent claim, the technology sub-category, and the SS 112(b) rejection. This is done by calculating the change in clarity from the application to the issuance of the patent. The regressed results are then plotted against counterfactual lines, which are shown to illustrate the difference in clarity. These counterfactual lines are based on the average changes in the application to issuance of other groups.